- A bit about my trip...
- AJ toys unboxing
- Birthday masterpieces:D

HEY JAMMERS!
Guess whos back? Back again???
Guess whos back? Guess who's back guess who's back?
You guys: Ummmmm Box monster?
No!!! IM BACK!!
You guys: Oh you left? I didn't even notice...
Um box monster never left and I left for a day more like 2 days since I wasn't able to post....
You guys: So how was your seal encounter on monday aka your birthday?
Well I was about to tell you about that.
You guys: COME ON GET TALKING WE DON'T HAVE ALL DAY.
Right.

I am not posting any pictures of the seal I met cause there wasn't really any without me of the full seal body. And i'd prefer not to post any pictures on here, cause aj is kinda like my secret life that only my family knows about... Ya its hard to explain. Sorry about that guys! Anyways....
Anyways I went to an aquarium not saying the name but they had, penguins, sea lions and seals and some fish and a parrot and snake you could get a picture with. First we saw a bit of the penguin feeding. Oh my gosh the penguins were soooo adorable when they waddled I just kept going back to look at them. Then we saw a sea lion show which was AMAZING, I should have video taped all of it but I think I got a good 80,85, 90 percent of it. I was smiling the whole time. Then we looked around at all the fish and then the seals which was saw a bit when we walked in. Since one of the seals recently had a seal pup she was there and she was sooooooooo cute. Anyways we want back to seals and looked at them, I could have seriously spent all day there looking at them. Then it was time for for my seal encounter:) So I got a bit of a behind the scenes tour. Then I met the seal, she's blind in the both eyes. I got to hold her flipper, move her with a special tool for seals who are blind and you tap it on the ground, I got to give her a belly rub which I got a picture of myself with and yeah. The baby seal photobombed the pictureXD I was kinda hoping to be able to feed the seal, but I guess cause she probably has the biggest teeth of all the seals I was un able too. And have longer than 5 minutes I also would have gotten a kiss except the seal I met doesn't give kisses cause she moves a lot or something and they dont want her pushing the guests into the water and stuff which I was fine with. Then after we looked at the seals again and I took more videos and pictures and then we went to the gift shop and I got a seal stuffy and kinda named it after the seal I met. I really want to remember the seal encounter forever:) I also looked at all the sealions from the viewing of the aquarium.

Can I just say that aquarium was seriously a happy spot for me. I seriously felt so happy there. I asked my mom last night if could meet more seals in the future and she said its possible:D I hope to go back to the aquarium more often cause like I said above it was seriously a happy spot. I mean its at the most like 45 minutes away from where I live. I know we have to cross the border and stuff but still. It was an awesome small aquarium with such a great message. I am so glad they have an instagram page and that the seal I met has an instagram page. So even if I don't go like 1-2 times a year or something I can still keep up to date with the stuff. If I lived close to it I would seriously go there a few times a month probably and probably get a job there as a trainer:D
Anyways....

Then after that we went to grab a bite to eat and then after we went to target cause I wanted to get some aj toys which I did. Now that I think of it we should have gone to walmart since they probably had more of a selection but thats okay, I did see the trading cards there except I didn't get any. Then we had one more stop and came home.

Thats just a brief summary kinda, I'm not really going into a lot of detail and stuff but yeah!!
I gotta say I wish that day never ended and same with the seal encounter, I know it probably happen more in the future even if its like 10-15 years from now but yeah...

So after I post the daily item I will do a review/unboxing of all the aj toys I got!!
I still need a stuff which I have been wanting since they first got released XD

OH I am getting cake and presents tonight cause personal things happened which I am not discussing. Cause personal...
I wonder what I will get?

I went with my mom to register for dance classes this year like we usually do and so my mom mentioned to one of my dance teachers that I was thinking of doing lyrical but chose not to cause of school, and I wanted to see how it'd go with the first year as just 2 classes and because Id be doing 2 nights. But she said I should try it and if I don't like it I could bow out and then she said something but I cant say cause yeah (its not anything bad) and then she said I wouldn't have to do it on another day too. So now I am doing 3 classes... So yeah that happened.

This was honestly the longest intro ever. I guess it wasn't an intro , but in a way it was. But whatever.

Also I think I am going to skip the daily item now cause this post is going to be pretty long and I'd be adding an extra part which probably doesn't make much of a difference but oh well!

The new item is tulips I believe sold in treetop gardens I think.
Incase y'all wanted to know!!

Okay now let's get to the unboxing/ Review:)
Also the seal I met was a grey seal incase you wanted to know...

AJ Toys Unboxing/Review:
So let's get started!!
Here is everything I got:

So here is the pet wash station alone:

Here it is out of it's package:

I got a froggy which is a limited edition pet and a skunk which is honestly sooooo cute!!

Here is the prize it came with from the code: 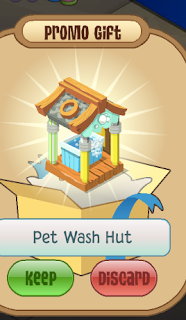 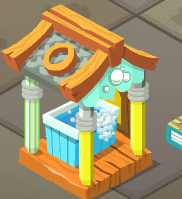 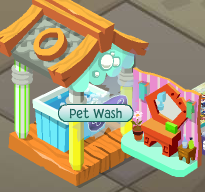 Next we have the keychain stuffy I got: 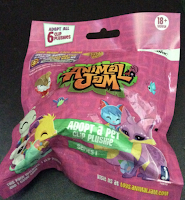 Here it is out of the package: 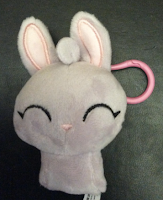 So I ended up getting this cute little bunny!
I was hoping to get a specific one but that's alright:)
Its still very cute.

Here is the prize I received from it; 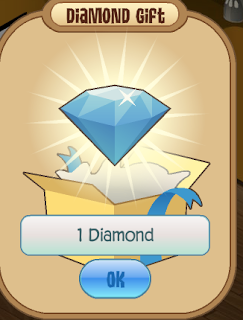 Wow one diamond I was not expecting that...

And now onto the adopt a pet cupcakes!
Here they are before: 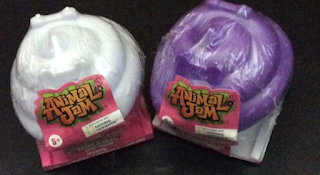 And here they are out of the package: 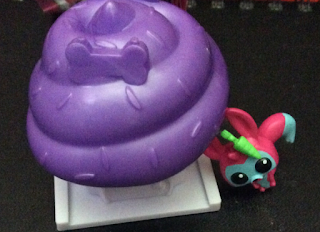 I got a cute little lemur from the first one. 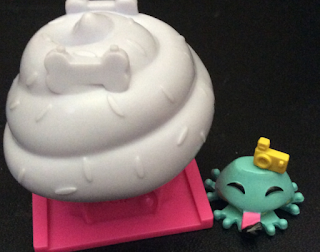 For this one I got a frog.
I believe one of them is rare which made me happy!!

From the frog I got: 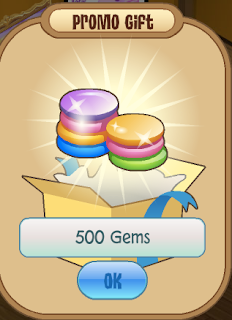 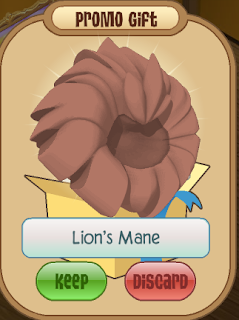 From the lemur I got: 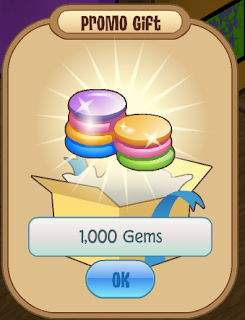 Not as cool but okay.

And finally here is all the items together:

:D:D:D:D:D:D
Birthday Masterpieces:
So for my birthday, I got 3 AMAZING masterpieces from 3 of my buddies. 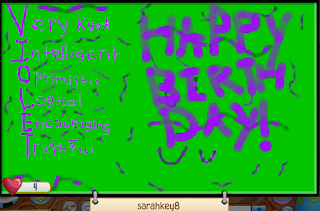 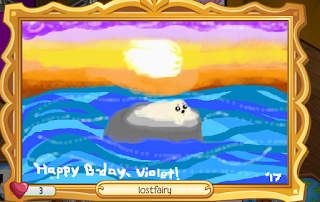 Can I just say, these are incredible and I think I have some of the GREATEST online friends (aj friends) that anyone could ask for and I am being serious here.