Hey jammers!
HAPPY CANADA DAY!!
Sorry for the lateish post. You probably wouldn't of had a post today like I mentioned yesterday but I didn't end up going to the place that I usually go to on Canada Day. Cause my friend who I haven't seen in awhile was in alberta then another friend I asked was visiting family tonight then my other friend was going with her family so she couldn't so.... I kinda gave up with asking friends, and in plus then there wouldn't have been enough time anyways.
There also isn't any jamaa news cause I did that in yesterday's post!

Daily Item:
Today we have the returning croquet set sold in jam mart furniture for 400 gems! 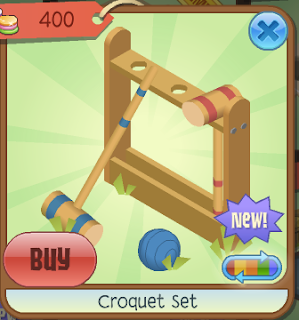 I think this item was actually one of my very first items on AJ.
Cool, eh?
This week's Weekly Masterpiece:
This week's masterpiece goes to...
PAPAWOLF05923 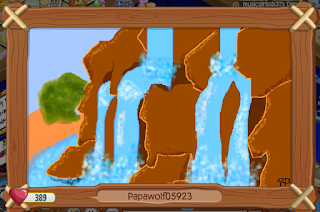 These falls remind me of coral canyons and I love the cool shiny effect you added!
CONGRATS!!

Violet's Drawing:
Here is the drawing that I was suppose to post on thursday.
Its not the best because I kinda rushed it. But here it is: 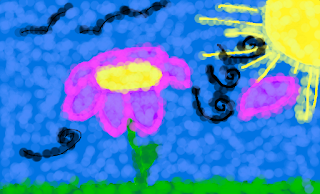 I added that airbrush tool and redid it with everything, to give it a kinda cool effect. 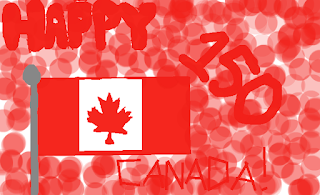 Since today is Canada Day I decided to draw a picture to celebrate not only Canada's birthday but Canada's 150th birthday!
Hope you all Canadians out there like me enjoy that picture:)

Hope you guys enjoyed those facts and learned something new today!

Thats all for today jammers!
See ya soon!!
- Violet