Getting Chased by Phantoms in The Lost Temple of Zios

Hey jammers!
You would have gotten this post a bit earlier but I was doing homework which included writing about something you guys probably don't wanna know about( STI's). I wish we didn't have to do it but we are getting marked on it for our report card I wanna say so yeah:P Oh and my friend comes back from Ireland today so she's gonna be at school tomorrow!

Daily Item:
Today we have the rare graduation cap sold in jam mart clothing for 1450 gems! 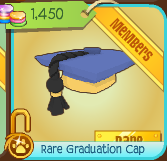 Honestly I think this is a tad bit expensive for a graduation cap. Does AJ think we are super rich on AJ or something? I would atleast lower this to 650 gems at the least and 850 at the most. 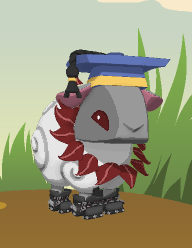 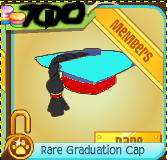 So for this rim redo, I change the colours to light blue I guess, and red.
I also changed to 700 cause I thought it was maybe the perfect price!!
Yes, I know it looks really messy, the text wasn't working properly and it was starting to annoy me so I almost started to get super mad:/ 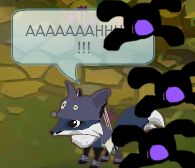 For today's edit I decided to make an edit of phantoms chasing me in the temple of zios.
So basically, all I did was take a screen shot of what was suppose to be me running and saying AAAAAHHHHH. I then drew a crappy picture of a phantom, took a screenshot and erased the background from the phantoms. I then added it to the picture and shrunk it. I then copied and pasted the phantoms a couple times and then VOILA!!
Hope you guys liked it!

Oh and by the way, no one got the answers in the mini quiz right so... No prize!!
They were very close though:)