Hey jammers!
Sorry ocean eclipse if I sounded a bit rude in my recent post I was a bit stressed out and not in a good mood:( Im sorry:(
I've been thinking that since its summer and I keep saying ill post on belle the rhino but I never get the chance I will do a few belle the rhino posts. Since belle the rhino is a secret agency that does missions I might make it have less missions. And the posts will be short but joyful. Those ideas are just a maybe I'm not quite sure though but I will have a few posts of belle the rhino this summer.
If you didn't know play wild was released in canada so I get to play it. Im obsessed with it.. Id say more of my ideas for play wild except I already have a very long post intro. Whoopsy.
Enough random talk.... 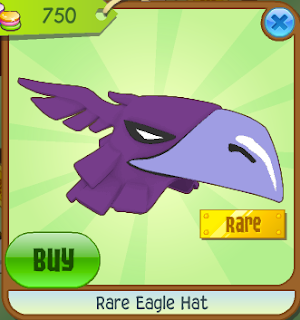 On the bright side this is nonmember like I said before.
The sad thing is its another recoloured item that costs a lot.
I do not know how many purple rarez we have had. I REALLY REALLY REALLY LIKE THIS ITEM! IT ACTUALLY DOESN'T MAKE ME SCREAM! SEE I CAN SCREAM AAAAAHHHHHH! Just kidding.. Except for the screaming and its an okay rare item monday,
Hehehe:) 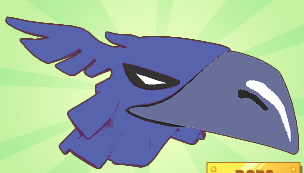 Now I actually didn't know how to draw this in the art studio so you got this edited version instead. I might actually do it this way for now on. Though I will probably only do it this way sometimes.
Anyways I know this is recoloured but I like the blue since we haven't used blue for  a while in the RIM. 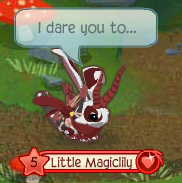 So my mini challenge this week is too...
Go into sarepia forest and role-play killing a deer to eat or another animal and do it super aggressively then comment everyones responds!
Hehehe. This should be interesting to read....
Don't forget if you have any suggestions comment them down!

Mysterious monday mystery
Last weeks winner was link4154! The hidden place was in appendale on the tree!
I will send you your prize as soon I can.

Comment the exact location for a chance to win a prize!

Thats all for today jammers!
See ya tomorrow! Bye!