Hey jammers!
Today we have the returning aviator hat! Sold in jam mart clothing for 350 gems! 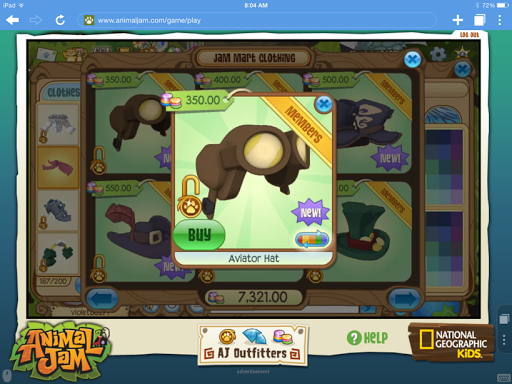 Here comes my lazy cropping skills.
At first when I saw this item in 2013 i thgouht it was a pilot hat.
But it actually looks pretty cool on animals!
I'm feeling pretty lazy today so I'm ending the post off here!
Also my basketball Scheduke since I made the school team is this is...
So this week I have a game on Thursday.
Next week I have 2 games.
The week after I have 2 games.
So for the month of April im pretty busy so there will later posts and if we make to the semi finals and that stuff than there's gonna be later posts in May too!
I hope you guys don't mind:)
See YA tomorrow!
-Violet (to lazy to put signature)
Posted by Violet AJ at 8:34 AM