Hey jammers!
Today we have the returning musketeer boots sold in jam mart  clothing for 500 gems! The boots hat such a cool look on the side it looks like a E.
Maybe the E stands for something probably not.
I'm a bit surprised that the musketeer hat from yesterday is actually more than the boots.
Mini challenge
So I hope some of you guys did Monday's mini Challenge?
No one commented about it so im not sure.
I hope you guys can do this challenge if you have time.
So todays challenge has something to do with the new game/party Best guess. 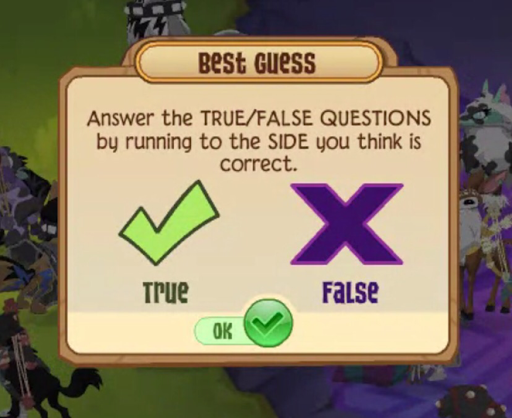 Since this game is pretty easy and makes a lot of money.
I want you guys to time yourself and see how long it takes you to get to let's say 500 gems!
I was gonna say 1000 but that might take a bit to long.
When you finish getting to 500 see how long it took you and comment below!
Hope you have fun with this mini challenge.
Fun facts
So today we have some fun facts I found online about some animals.
Actually cross that idea I will do some facts on lions cause they returned yesterday.
Posted by Violet AJ at 9:29 AM