A not so bad jamaa journal

Hey jammers!
Sorry for not posting yesterday I wasn't in the mood.
And we would of had an earlierost except my post didn't draft it got deleted randomly so now I have to rewrite everything:(
So let's start off with today's jamaa journal update. 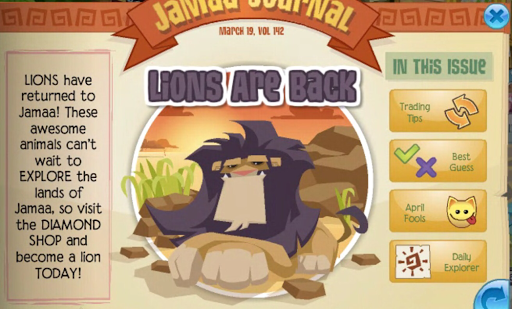 Yay lions have came back.
It's been a few months since the lions have left jamaa. But now we all can have lions except for NONMEMBERS:(
Lions have never been popular in jamaa hmmm weird. 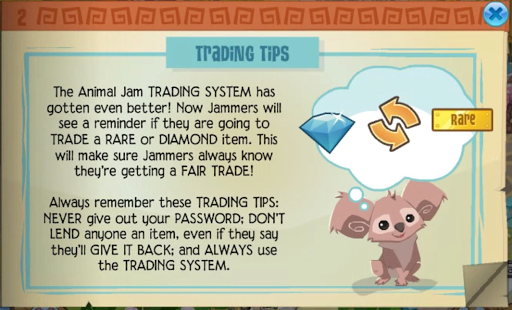 So now ajhq has added a new Feature to trading system.
I haven't trade yet so I don't know what it's like. I'm not sure if this feature is actually helpful but we will see. 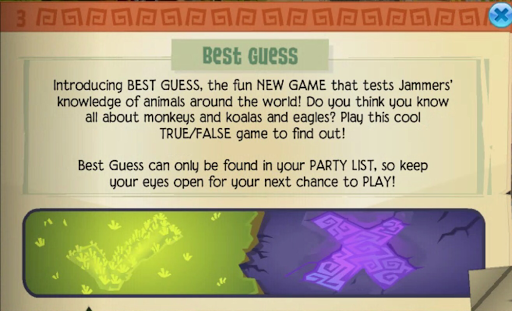 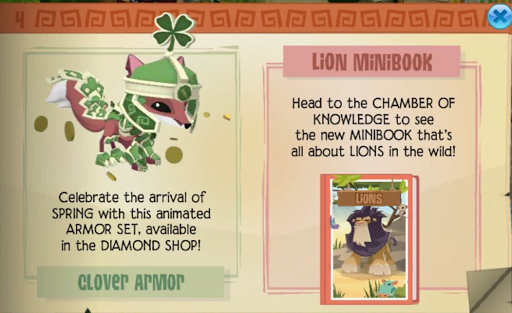 Here is a reminder about the clover armour.
And a new lion mini book for some facts about lions! 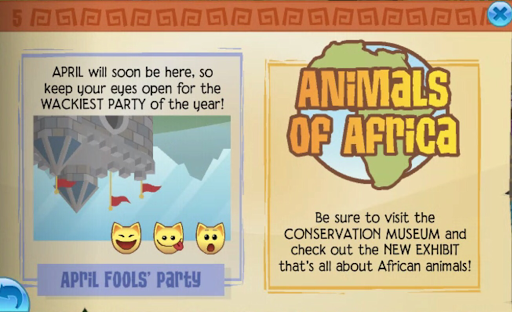 Yay the April fools party is coming back! And everything is upside down and we get food hats which means we eat the hats because there food.
There is a new exhibit at the museum which think ajhq should renovate.
But but but!!!!! The play wild beta app is suppose to be released in April which means that it could come out anytime in the next few jamaa journals!
Yay! I wonder if there's scammers in PWB?
Here is my lion. I finally got one. 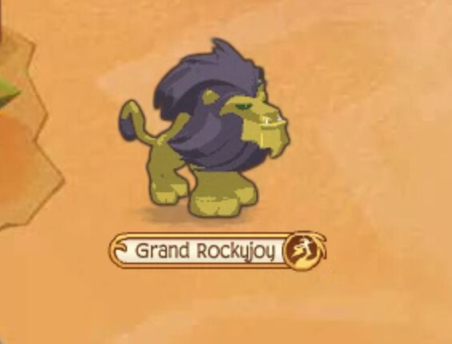 I just need to make it look fab.
So today's new item is the musketeer hat sold in jam mart clothing for 550 gems! 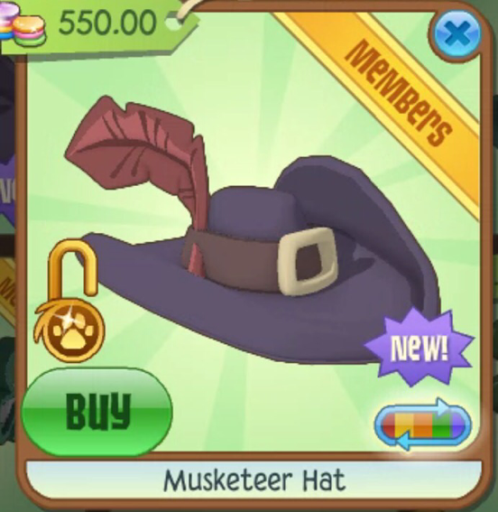 I think this is a returning item actually.
I just likr the feather on top. Other that's it's a pretty cool item!
Violet's drawing 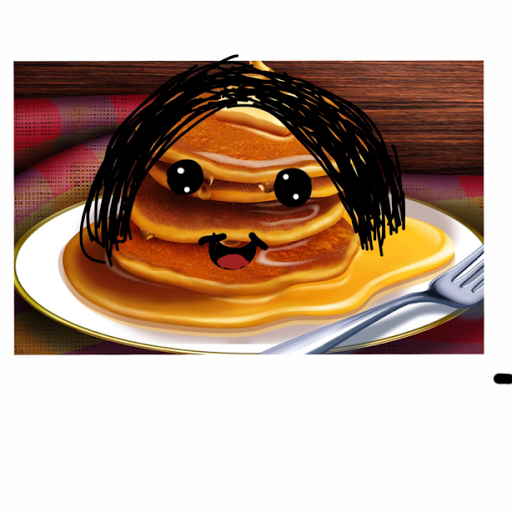 Happy food I drew the face.
Hehe!
Seee YA later!