My Lame But Cute Orange Comic:)

Hey jammers!
This week started off kinda rough, not because of school.
A semi personal reason, which as of now I don't wanna post about to the whole world. But you all know how it feels when your pet passes away or gets put down...:( You can probably tell what I am talking about... So yeah I am not going into to that conversation today.
I would be posting the LPOTM for december but I don't feel like it and to be honest. I am sure I will have a post this weekend, (hopefully) (fingers crossed)
Though crossing fingers never really works for me so I don't know why I said that XD 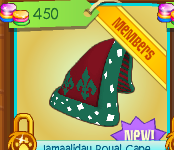 Bare with me, I am not even sure if this is today's item but you know whatever:P
Anyways, its a nice jamaaliday colour which gets you into the christmas spirit. Cause yeah know, Christmas is in less than 20 days! woo woo! 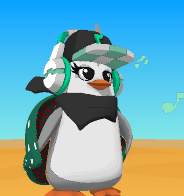 The Orange comic:
Okay, so today is Violet's Drawing and mini comic. Since I didn't have any drawing to post on here of mine that I have made recently though I am working on two at the moment, though I just haven't had time. I decided to make the mini comic which is probably the most boring comic you read, since I seriously spent no time and wasn't using my wacom tablet either. So here it is... 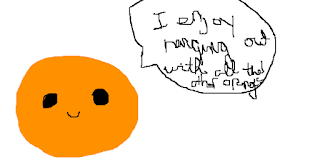 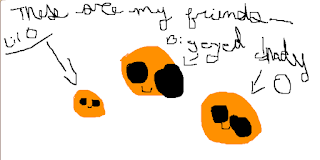 The END!
I really could have continued it but I decided not cause I am not in the mood to draw on the computer without a drawing tablet and I am to lazy to get it even though its basically right beside me almost XD
Anyways hope you enjoyed this comic!!

Box monster will also be releasing a post shortly so be sure to check that out:)

Thats all for today jammers!
See ya soon!!
- VIOLET