Hey jammers!
Guess who's back again?

Wow I can't believe it has already been like a month since I posted last..
It definitely does not feel like its been that long..
The funny thing though is that I wasn't even planning on posting today, until I went on AJ and saw the update and thought, I might as well post it XD So there yeah go!
I also have march break right now, so maybe I will post a couple times through out the week though I have a list of things I want to accomplish, a few things are a bit of bigger projects so they will take more time while others are minor.
I would talk about what I have been up to in the past month or so but I don't really feel like it to much right now. So let's get on with the post and check out the update! 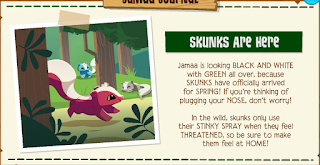 Skunks have arrived!! They are actually sooooo cute!!
I really want one though, I can't get one cause im not a member.
Im happy they didn't make a repeat of animal though, like they have the past few times. Not say that the animals were the same, but they were space kind of species, so it kinda annoyed me a bit.
I actually saw a few pictures of this skunk about a week ago on someone's AJ blog and thought they were really cute! 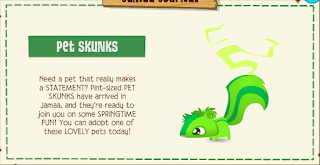 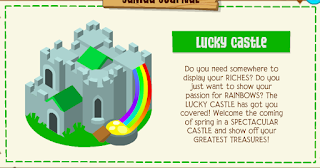 The lucky castle is back. I have always liked this den. 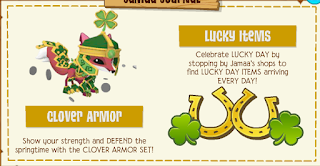 Clover armour and lucky items have returned as well. 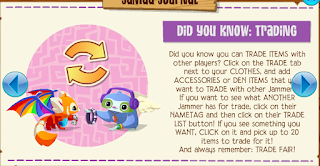 How to trade!. Though don't we already know this AJ? 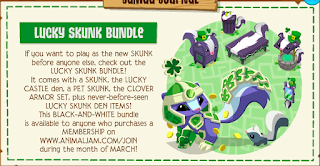 Oooh this a special bundle for the skunk. You can get some cool unlimited items with this bundle.
Sooo cute XD 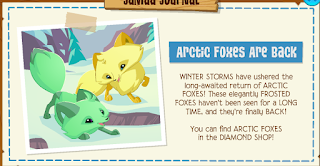 Arctic foxes are back! 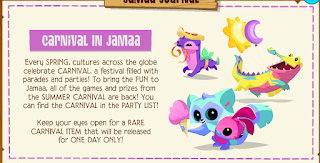 The carnival in Jamaa has returned.. 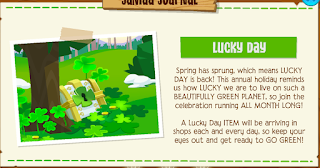 A reminder about lucky day! Im glad someplace is celebrating St. Patrick's Day!
I feel like it's not as popular this year, though that could just be me. *shrugs* 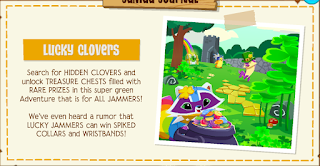 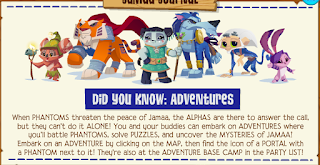 Finally, we have a little bit of information about adventures.
Though don't we already know this also AJ? It is informative for the new jammers though!!

This update was actually decent. Most of the stuff was lucky day celebrations, but it has brought a little bit of new stuff to do for a bit, well to some people.
The skunks were also another nice addition.