How to make slime!

-Check out todays new item the clover leg warmers
- Learn how to make slime brought to you by... LITTLE MAGICLILY

HEY JAMMERS!
I am currently sitting on my bed drinking hot lemon water:) Sorry I didn't post yesterday I was making a geometric frame for my paper succulent which I made last weekend and I had a headache. also sorry about the late post... I was making more SLIME! I made some more fluffy slime since it shrunk from last time and now I have a whole container full:O It will most likely shrink again but if it does I will just make more! I also ended up making pink slime which is stretchy when its out of its container but its like a mixer of my first slime I ever made that turned out to be like a blubber with a mixer of normal slime? Its weird but I  like it! Then I have seen videos on youtube where people make slime with cornstarch so I tried that and made some blue slime! Its very stretchy.
So ya... now I gotta label themXD I also gotta finish reading the last 2 pages of if I stay cause its for a school project. OH and I was looking at an ad in the news paper for a craftstore and so they had 40 percent off art supplies and one of them was PRISMACOLOR CAUSE THEY HAD IT ON THE ADD! And I thought it was for last week but IT IS FOR THIS THURSDAY!!!! 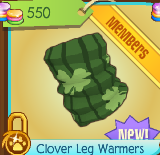 I gotta say, this is a great new item for jamaa!
I mean we have never had legwarmers before! I wish they could release these without the clovers. I would TOTALLY BUY THEM.


Here is what they look like on a bunny: 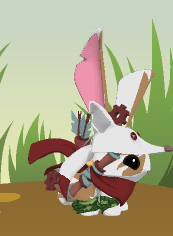 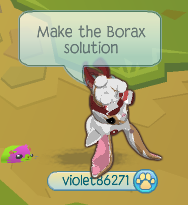 Before you make slime make sure you can make the borax solution!
This just requires a cup of water and a teaspoon of borax. Then once you have added them together make sure you stir it until most of the borax has dissolved!
MAKE SURE TO USE ELMER'S GLUE! 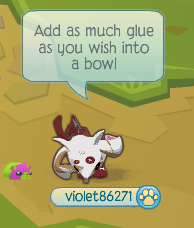 Depending on how much slime you wanna make use that amount of glue. 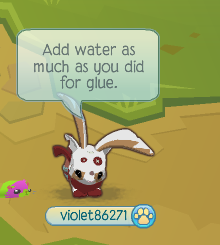 Now add the same amount of water as you did for glue.
Then stir. 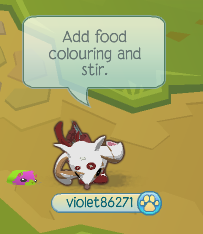 This isn't nessasary but if you would like colourful slime you will need to add food colouring! 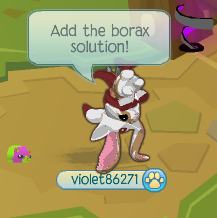 Be careful when adding the solution cause if you put to much then it won't be as fun! Try adding a bit at a time until you come to the way you want your slime to be. 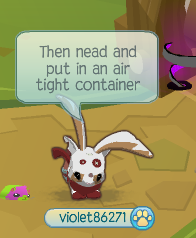 Take the slime out of the bowl and nead it. Then put it in an air tight container to play with for later!

Hope you enjoyed this tutorial! If you ever want to learn how to make other slimes then just search it up on youtube!