Hey jammers!
How are you all today? Well I am great! My birthday is in 2 days and my brother is making me a 3d om nom cake because I LOVE OM NOM! Hehe. Ya your probably thinking isn't om nom for younger kids... Well I guess its an app for all ages so basically NO! I might end up helping him though. Right now I am currently typing this post while a thunderstorm is about to begin or something like that? Speaking of thunder yesterday I took a nap since I was tired right and I had a tiny bit of a head ache so when I woke up all I heard was thunder then it thundered again then I think that was itXD Also long post ahead so don't go!
___________________________________________________

Today we have the new lampshade hat sold in jam mart clothing for 500 gems! 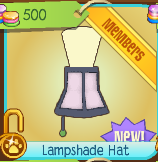 I don't really see the point of this hat really. But I meaN it is different right?
Um it should be at the april fools party but.. Um yeah interesting new item??? 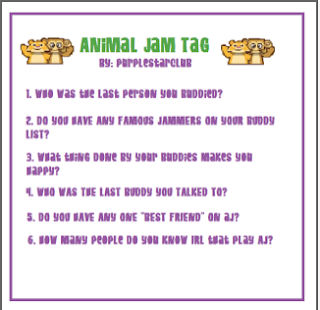 My buddy purple made a tag on her blog and tagged me! So here it goes!
1. Last person I buDdied: Well I requested to buddy pinpun and skywatcher though I don't think they have accepted yet
2. Famous jammers on my list: Nope I don't have any famous jammers on my list the closest would probably be, Naffy and Panda and DoomyPanda.
3. Something done by my buddies that makes me happy?: Probably when they go to me and jamagram hi instead of me doing it to them all the time. I also like it when they are funnyXD
4. Last buddy I talked to: I wanna say elizaboo? But I am not exactly sure at the moment.
5. Do you have a certain best friend: Nope I don't have a certain bestfriend on AJ I love all my buddies though sometimes I feel closer to others than some.
6. How many people do I know that play aj: Um... Well there was this girl who goes to my school that all my friends hate that told me about animaljam but she doesn't play anymore... And my friend used to play or might play once in awhile.
I tag: Swirlshine
Nafaria9
Canineclaw

Blog news
I was planning on trying to edit the blog today and all that stuff cause I promised it would happen this summer and it hasn't yet but don't worry I don't have school until the 6th of september. So ya. I was gonna have a bday party on sunday but I don't think that will happen it will probably be sometime later on that week just let you guys know! I will have a surprise announcement in this post you'll have to find the bolded letters that doesn't count the titles of today's topic then spell it out please don't comment the answer down if you want you can jag me to see if it is correct. I also wanna make an animaljam tag or 2. So ya. Hope you enjoy whats coming up! Also the surprise announcement will be released tomorrow hopefully! Thanks so much again!
Hope you just read that cause it was suppose to be important stuff:)
Also there might be quite a bit of blog news coming soon, so don't be surprised.
Speaking of updates! I wanna give you guys some blog stats.

As you can see we have had over 168 page views on august 7th. Which is actually quite nice!
Then today 161 pageviews! Honestly at the beginning of august we were only getting maybe about 40 pageviews a day on average cause I wasn't having much time to post but when I checked today I WAS JUST SO AMAZED! You guys are such a big help and I am so glad we have made it this far. 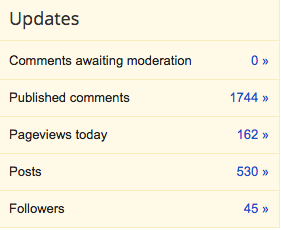 Hopefully the goals aren't to hard? I mean if we have 160 page views like every few days it shouldn't be hard to have 100-150? I mean we basically used to get that! Hopefully we can do this!
I will put these on the side of the blog so we don't forget! Lets see how far we can get! If we don't get to far then we hope to have it done by christmas! WOO HOO!
Okay your probably thinking is this post over now?
Well guess what! You have to read 1 more thing.

Thats all for today jammers!
Hopefully you read all this post cause its pretty important!
Sorry if it was long...
See ya tomorrow!
BYE!