On the first page we have an announcement about national bee day! 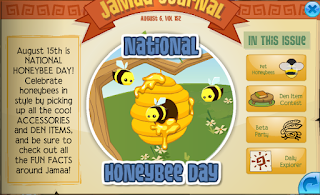 I think I like all these ideas!
I'll show you all the bee items shortly...

On the second page... 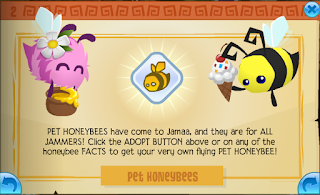 We have new pet honey bees for all jammers!
Yay nonmembers finally got a new pet!
Hopefully this doesn't get taken away. Since ajhq added a new nm pet do you think they will add or make a member pet nonmember?

On the third page... 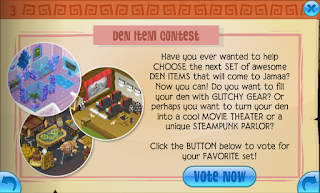 We have a new den item contest.
I thought this would come I just had a feeling.
You can vote for glitchy gear, a steampunk parlour or a movie theatre.
I chose the steampunk though I like the movie theathre better...

On the fourth page.. 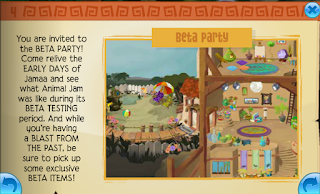 The beta party has returned yay!
Its the same like last year no new changes.

On the fifth page... 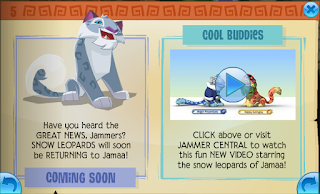 Snow leopards are coming back.
It didn't seem like they left for that long to be honest.
The video is funny the snow leopard did such an under trade.
OMG SCAMMER!!! XDXDXD.

On the sixth and final page... 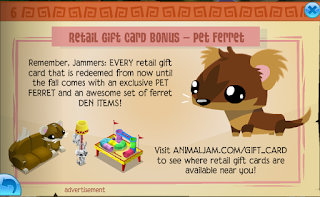 Just a reminder about the pet ferret....
ITS SOOO CUTE I WANT IT!!!

We have a bee hive hat. (what if the bees sting your face? Ouch that would hurt)
Then we have the wings.
And the antennas.

We have a beanbag chair.
What looks like a dresser.
And a honeycomb.
I have to admit I like the clothing items and the den items a lot especially the bee beanbag chair.
Which is TOTS cute.
I will have to get these soon...

And lastly...
I have to keep deleting my pets for a new pet cause WE NEED MORE INVENTORY SPACE:(
I was collecting all pets except now I'm not.
I have all the animals in jamaa for now. MY BEE!
I made it look sooooo fluffyXD I don't know if I like its outfit though:<)
The eyes are messed because of the way it was when I took the picture.

Anyways!
I have a party invitation for next weekend!