Ever want to learn about some of Jamaa's alphas? Well if so you have come to the right spot.
Here is where you can learn about all the main alphas in jamaa, these include: Greely, Liza, Sir Gilbert, Peck, Cosmo, Graham and Tavie.

Fun fact: Did you know alphas used to be called shamans?

And now to learn about the Alphas...

Liza
Before in the Beta Days: 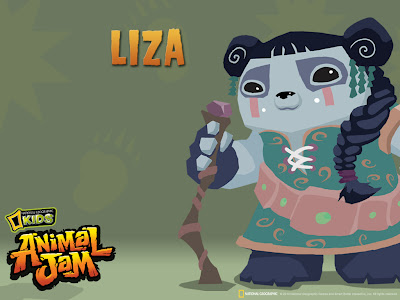 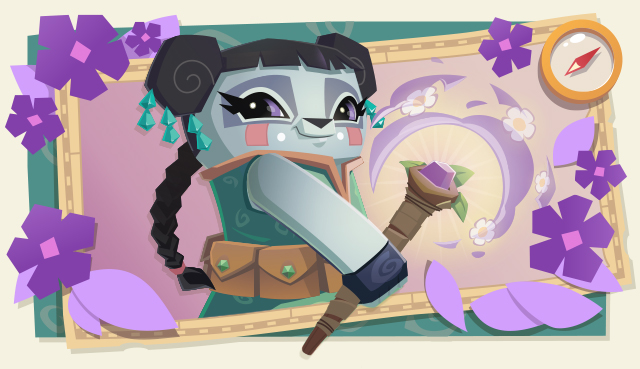 Species: Giant Panda
Characteristics: Calm and Friendly
Interests: Taking pictures, helping other animals, ect
Liza welcomes everyone that arrives in jamaa and helps them get started on their adventures.  She is a traveller, explorer, peacemaker, Guard of jamaa.

Fun Fact: Liza was named after Eliza Scidmore (1856-1928) who was a photographer, journalist, world traveler, and the first woman to serve on the national geographic board.

Graham
Before in the beta days: 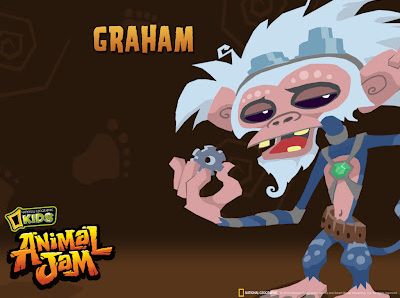 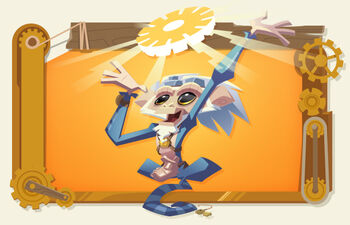 Species: Howler Monkey
Characteristics: Crafty and Inventive
Interests: Inventing, Crafting, Fixing
Graham is known to do everything the hard way. It is easy for Graham to fix things. Broken Gadgets and gizmos are always fixed easily with Graham.

Fun Fact: Graham was named after Alexander Graham Bell (1847-1922), who was the inventor of the telephone and the second president of the national geographic society.

Cosmo
Before In the Beta Days: 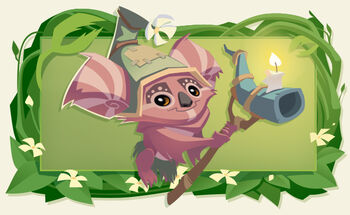 Species: Koala
Characteristics: Animated and Cheerful
Interests: Communicating with plants and nature, Plants
Cosmo is an expert herbalist. The plants in Jamaa talk to him and tell him how to create potions with hundreds of uses.

Fun Fact: Cosmo is named after Cosmo's club, which was a private club in Washington D.C. where the first ever meeting of national geographic society took place in 1888

Greely
Before in the beta days: 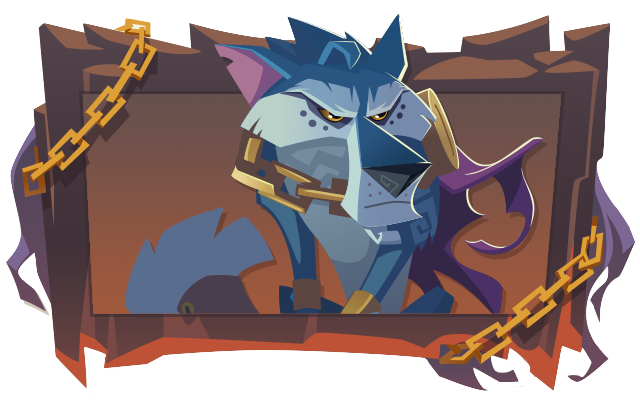 Species: Gray Wolf
Characteristics: Powerful, Brave, Clever
Interests: Sabotaging phantoms from the shadows, phantoms
Greely knows more about phantoms and there movements than anyone else. And it's possible the phantoms fear him more than any other phantoms.

Fun fact: Greely was named after Adolphus Greely(1844-1935) who was an arctic explorer and a founding member of the national geographic society.

Peck:
Before in the beta days: 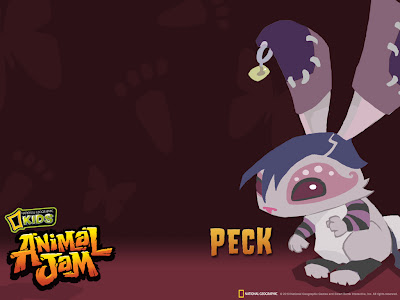 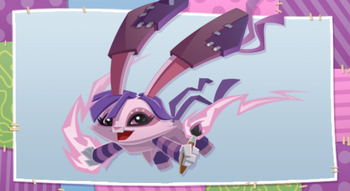 Species: Eastern Cotton Tail Rabbit
Characteristics: Loud, Fiesty, Creative, nonconformist, very independant.
Interests: Loves to create, is a gifted interior designer, painter and musician
Peck inspires all the jammers in jamaa to explore to explore their creative side.
She also never runs out of ideas.

Fun Fact: Peck is named after Annie Smith Peck (1850-1935) and is a record-setting mountain climber and explorer.

Sir Gilbert
Before In the Beta Days: 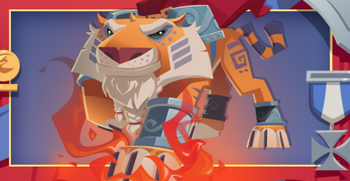 Species: Caspian Tiger
Characteristics: Thoughtful, caring, serious, soft spoken, polite, cautious
Interests: Socializing in Jamaa with other animals, warrior
Everyone looks to Sir Gilbert as a leader. He processes great wisdom and knows a lot about the history of jamaa and the struggles with phantoms.

Fun Fact: Sir Gilbert was named after Gilbert H. Grosvenor(1875-1966) who was a writer and geographer who not only became the first full time editor of the National Geographic magazine but served as president of the national geographic society.

All the alphas you see above were the original 6 of Jamaa. Later on Tavie the dolphin got added.

Species: Bottlenose dolphin
Characteristics: Musical,  Caring
Interests: Love for music, Leading her band The Jolly Oyster
She the leader of a band called The Jolly Oyster. Tavie was born without a tail fin.

Fun Fact: Tavie was named after Octavie Coudreau who was a french explorer.