Hey jammers!
I am back here again:P
So um I don't think my mom realized that I still play aj... cause she asked if I was blogging then I was like yeah. And she was like about what? So I said AJ. And she was like... You still play aj? And I was like yeah... Um yeah it was kinda awkward. Like I still play it but not as much as I used to and for short durations too XD But its still fun to blog about!
I made some stuff with air dry clay today, but I gotta wait till it dries fully to paint!

Daily Item:
Today we have the returning carving table sold in jam mart furniture for 650 gems! 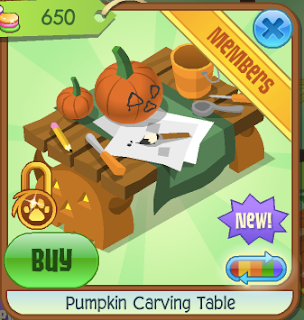 This is a decent priced item.  I wish you could actually carve pumpkins and then place them in your den cause that would be super cool. AJ should have pumpkins for nm! That'd be nice!

So I actually had another post planned for today but, when I was on my aj insta scrolling through the feeds, I saw that there was a new code called Penguins.
I wasn't sure if it was just an edit or an actual code so I did try it out on my back up/storage account, (well one of them) and so it did actually work!

With this code you receive a penguin and a pet penguin for free! 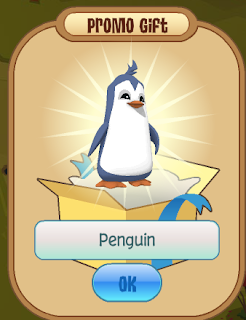 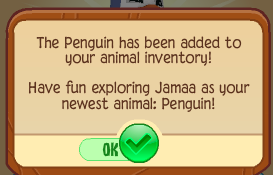 Unfortunately, the new penguin can't be used if you have 2 animals already as a nonmember which sucks! I was hoping it could be added as a third animal, but I guess not. 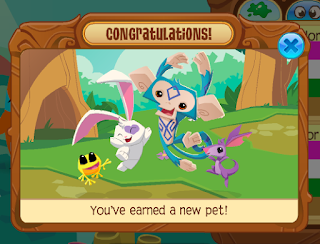 Here is my pet penguin! 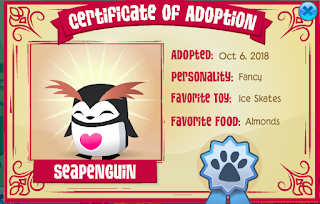 On the bright side though, you are able to have a pet penguin if you are nonmember:D Which means another nm pet!!

Now that we are getting more nm pets slowly, maybe more nm animals and items and stuff will be coming slowly as well as dens??
CODE: PENGUINS

Thats all for today jammers!
See you guys soon!