Hey jammers!
Today is my last day of march break before I have to head back to school again:( I have a geography unit test on thursday and probably 2 quizzes on Friday which means studying all week!! WoohooDX
Anyways, I was helping my brother with a project most of the day and then I was trying to find a good template for my tumblr I made but I haven't found one. I almost did twice but then I actually changed the template of my platypus's which I really liked and enjoyed. Hopefully I can find a template similar to it so yeah.

Daily Item:
Today we have the potted flower hat sold in jam mart clothing for 550 gems!! Ive never really understood the point of this hat.
I mean in away I can see why some one would wear this, if they wanted to be a plant. But having a plant on your head in a pot that could break and potentially getting dirt on your head from this plant would not feel good. 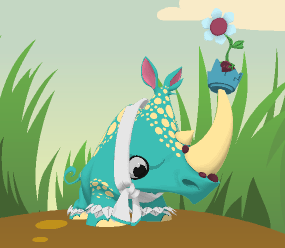 Ummm not to be rude rhino, but shouldn't the hat be on your head and not your horn?
XD


Howl of the week:
Last time I asked...
Share your favourite thing about AJ and explain why you like it!

Unfortunately no one said their howls. So you will have this week  to do it as well!!

"I bet you don't fall every time"
"I never actually scream"

Firstly, I dont fall a lot. Secondly, how could you have never screamed?
Thirdly, TMIXD Fourthly, You go to his den just for drama? Wowwwwwzers.

The people in Aparri's den were actually just having a conversation so. Thats the most interesting it got while I was there XD

Next up we have Wisteriamoon's den!
"screeches"
"ew, its Alex" 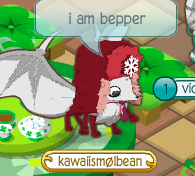 I was gonna do more except I can't think of many famous jammers right now and the other jammers who I did search. Their dens are locked soooo.

Thats all for today jammers!
See ya around in Jamaa!! 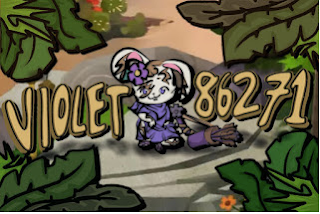 Email ThisBlogThis!Share to TwitterShare to FacebookShare to Pinterest
Labels: daily item, freepost, Howl of the week